Take your Bridge to ‘The Next Level’ with Andrew Robson’s acclaimed new DVDs and Online Films.

‘Have you produced another DVD to follow on from your others, Learn Bridge and Play Modern Bridge?’

I’ve been asked this question so many times over the years – and so many times I’ve had to deliver a disappointing answer in the negative.

Conrad Brunner, who produced Learn Bridge, was keen. An embryo of an idea started to form as I walked on Salisbury Plain a couple of summers ago. I would write a book with 36 chapters of 4 deals, 144 deals which would divide exactly into six arrow packs. Perfect for teachers (or for four players learning without a teacher, by playing the set deals and reading the book).

That book, The Next Level, now known colloquially as ‘The Orange Book’ has been very well received

The films build on the success of the book.

The new DVD is loosely based on the book, with the 36 lessons matching its chapters. But it also covers much of my more advanced teaching, well-honed over the years. Many of the 36 lesson headings, such as Roman Key Card Blackwood and Splinters, came easily; others less so. I wanted for example to include the Landy Defence to 1NT but didn’t feel it justified a whole lesson (or a four-deal chapter); my eventual solution was to combine it with Michaels and the Unusual 2NT and bracket them together as “Two-Suited Interventions”.

Build an Inner Understanding of the Game

However, I didn’t want the book/DVD to be a list of conventions, as the key to bridge is not how many toys you use but having an inner understanding of the game. I made sure many chapters were more about bidding judgement and card-play techniques than specific conventions. (It took a great deal of tinkering before I was happy with the 36 chapters, and their order.)

I wanted to make sure the films deliver great value so simply reading a book wasn’t sufficient - live action, clear graphics and a clear, concise script were essential starting points. I assembled the dream team for the live action: Caroline Brooman-White, Grazyna Wrobel, Nick Boss and Max Fleming, four experienced teachers and supervisors at ARBC.  Live action is crucial to creating interest. However, you wouldn’t be able to see all the cards clearly on screen – that’s where we brought in the graphics. Conrad advised sensibly that I keep my script really tight, so as to avoid too much ad-libbing. He found a studio near the club in Parsons Green and we booked it out for three days. With almost eight hours of footage to shoot, we had a lot of material to cover in just a short amount of time: there could be no mistakes.

The first day involved getting everything and everyone – camera crew, sound, makeup and so on – ready. Conrad had assembled a great group of professionals who were all brilliantly good-humoured throughout – and actually we all had quite a laugh.

The second day was the live action day, the four bridge playing stars doing brilliantly in acting out the carefully choreographed moves to illustrate the key learning points. The third and last day was the big one for me, reading my scripts. I barely slept the night before, but survived on adrenaline and we finished 20 minutes before the studio manager kicked us out. Phew. But then came the challenge of creating the finished film, which entailed making lots of post-production trips to Brighton with colleague Martin Jones – a complete star at tying things together.


If you’re enjoying your Bridge but would really like to improve then our new mini-series of instructional videos is perfect.

We have endlessly watched and re-watched to make sure no mistakes are made. Fingers crossed. I – all of us – really hope you like it. 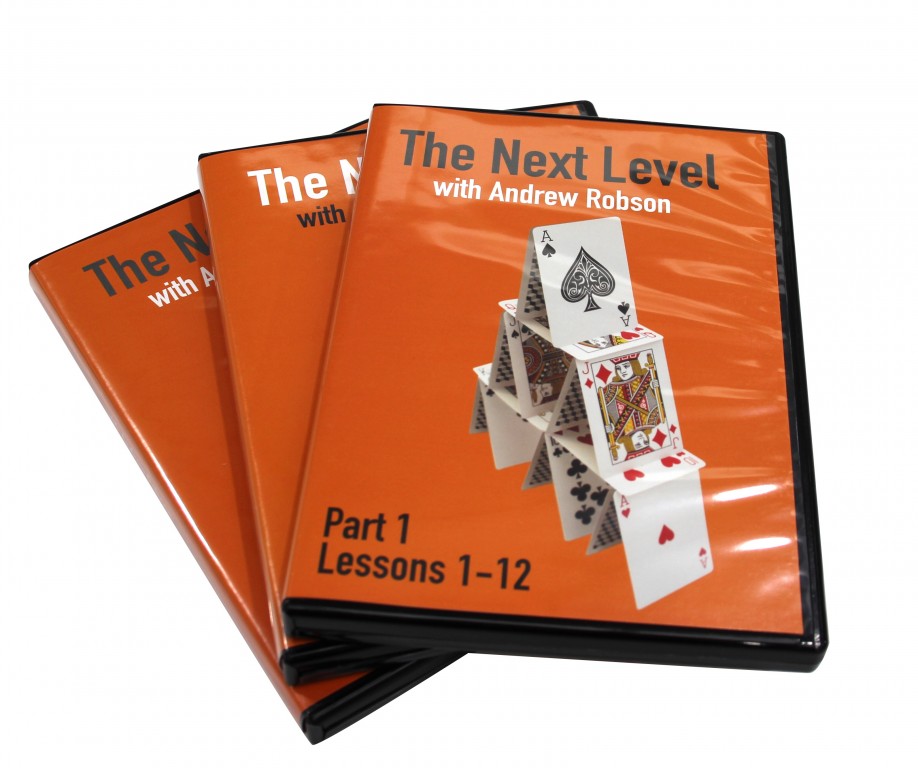 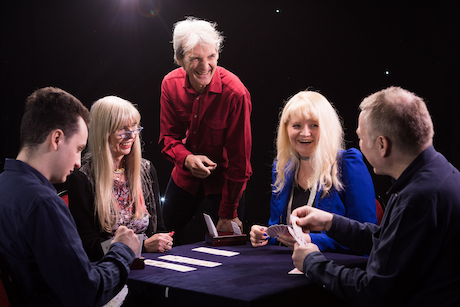